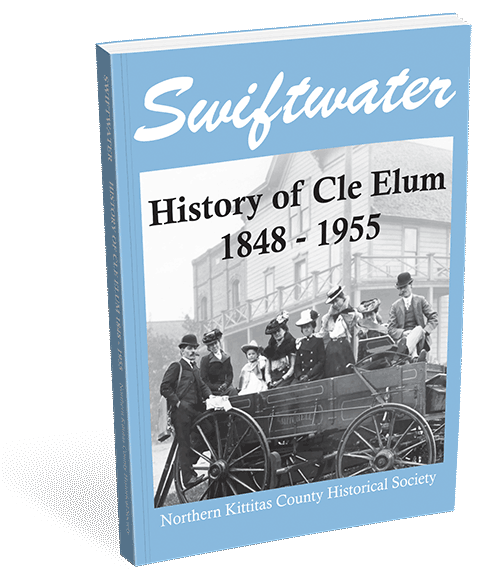 Originally published in 1955 as Cle Elum, Washington’s Operation Cooperation Community Development Study, a detailed report of Cle Elum’s early years, 1848 to 1955. Now, six decades later, the original manuscript has been dusted off, polished and presented for a new generation. With a new title, “Swiftwater” – the local tribe’s translation of “Cle Elum”, and other enhancements, this book appeals to anyone with an interest in Upper Kittitas County history.

The Northern Kittitas County Historical Society has published this in an effort to preserve local history as well as share it with those who have an appetite for researching Cle Elum’s early days.

Refreshed under the new title Swiftwater, enhancements include:

Hot on the heels of the success of Another Story, this is the second fund-raising book project of the Northern Kittitas County Historical Society.