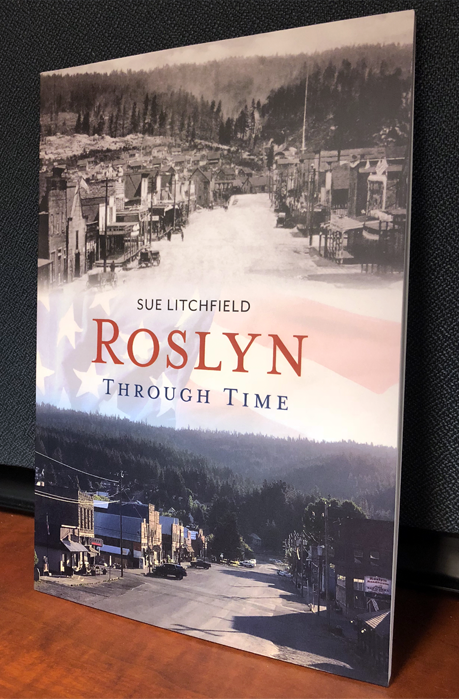 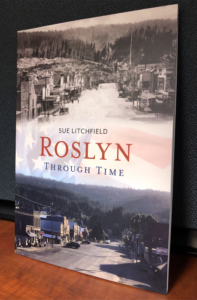 Author Sue Litchfield chronicles the evolving landscape of Roslyn, inviting the reader on a journey to discover how the area has changed and developed Through Time

Roslyn has always been known by its superlatives. It began life as one of the wildest coal camps in the state, grew into the headquarters of Washington’s largest coal mine company and often boasted the highest coal tonnage in the Pacific Northwest. In recent years, Roslyn has become a recreational haven and a must stop for fans of TV’s Northern Exposure. Missing today, however, is the coal industry that gave life to this patch of forest on the eastern slopes of the Cascade Mountains. Tipples have been torn down and mine entrances boarded up, railroad tracks ripped out, and the company store closed, leaving behind a community with a different heart and soul than the one that gave it life. Most settlers came to mine, a few opened businesses, all were ruled by the rhythms of a coal mining culture that followed the maxim to “work hard, play hard, drink hard.” Roslyn Through Time chronicles Roslyn’s evolution from a coal camp to its glory years as an industrial center, through its years of decline as the mines closed, and to today’s efforts to embrace its past in order to preserve its future.

Sue Litchfield is a historian with a master’s degree in history from Central Washington University who enjoys researching and writing about Roslyn’s coal mine history. Her many articles have examined the relationship between the Northwestern Improvement Company, the largest coal mine company in the state, and the multi-ethnic population that settled in the Roslyn area. Litchfield was also the researcher and writer for three Washington State Library Rural Heritage Grants that digitized and uploaded over 400 historic Roslyn area photos.