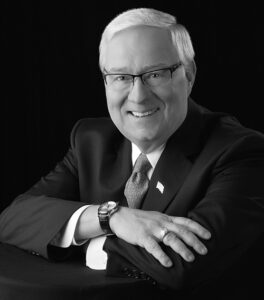 Gary Williams currently serves as a Director of Graduate Programs at the Freedoms Foundation at Valley Forge. He is the multi-award winning author of SEAL of Honor: Operation Red Wings and the Life of LT Michael P. Murphy, USN; Heart of a Lion: The Leadership Skills of LT Michael P. Murphy, U.S. Navy SEAL; Guardian of Guadalcanal: The World War II Story of Douglas A. Munro, United States Coast Guard; and Siege in Lucasville: An Insider’s Account and Critical Review of Ohio’s Worst Prison Riot as well as co-producer of the critically acclaimed and Academy Award considered documentary MURPH: The Protector. He holds a Bachelor of Science in Leadership/Training from Franklin University and a Master of Public Administration from the University of Dayton. He and his wife Tracy have six children and live in Marion, Ohio.

807 W Davis St, Suite A101, Cle Elum, WA 98922
contact us
Call Us: 1-509-674-2511
We use cookies on our website to give you the most relevant experience by remembering your preferences and repeat visits. By clicking “Accept”, you consent to the use of ALL the cookies.
Cookie settingsACCEPT
Manage consent

This website uses cookies to improve your experience while you navigate through the website. Out of these, the cookies that are categorized as necessary are stored on your browser as they are essential for the working of basic functionalities of the website. We also use third-party cookies that help us analyze and understand how you use this website. These cookies will be stored in your browser only with your consent. You also have the option to opt-out of these cookies. But opting out of some of these cookies may affect your browsing experience.
Necessary Always Enabled

Any cookies that may not be particularly necessary for the website to function and is used specifically to collect user personal data via analytics, ads, other embedded contents are termed as non-necessary cookies. It is mandatory to procure user consent prior to running these cookies on your website.