D.B. Cooper & Me – A Criminal, A Spy, My Best Friend – AUTOGRAPHED by author Carl Laurin 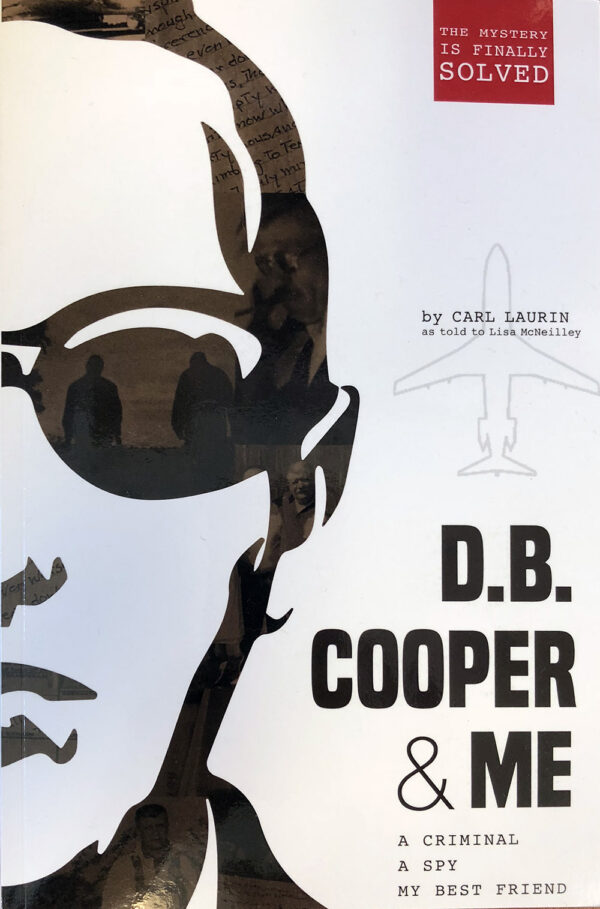 DID D.B. COOPER PARACHUTE DOWN TO CLE ELUM, WA??

Author Carl Laurin believes he did, and that it was actually his best friend, military paratrooper and fellow parachutist.

LOCAL CONNECTION – learn how eyewitness and Upper Kittitas County resident Jeff Osiadacz, A.K.A. “Cowboy” – played a key role in tracking down and corroborating the story.

The legend of D. B. Cooper is one that fascinated and frustrated the world for four decades. He is the only skyjacker ever to pull off a $200,000 heist from 10,000 ft. in the air, without harming a soul. Three years ago, a man named Carl revealed to the world that his best friend Walt was D. B. Cooper. This is his story.

He carried out the only unsolved skyjacking in American history. And that’s not the craziest thing he did.